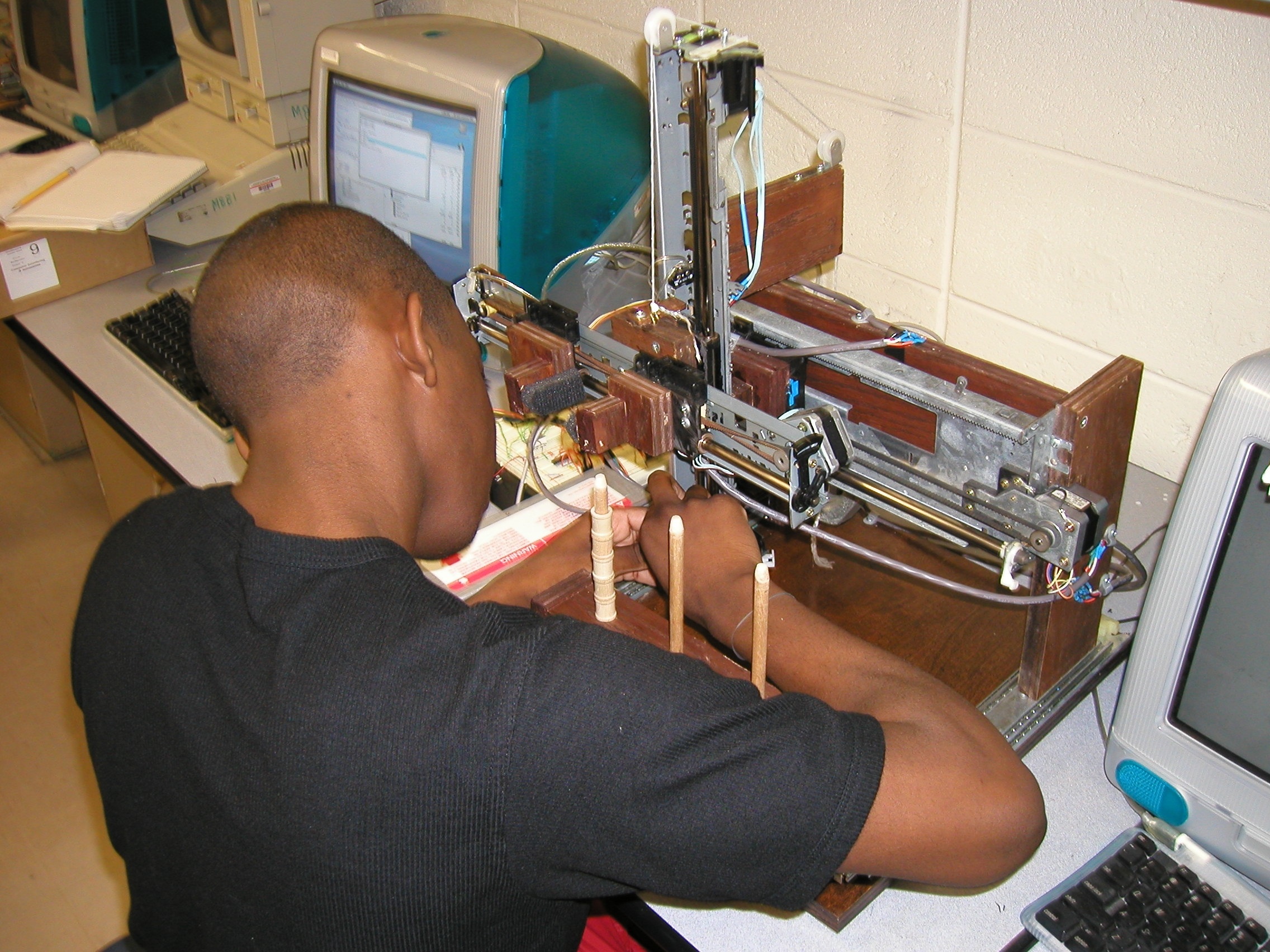 The popular story is as follows:  In Hanoi (some have it in Benares), there is a Buddhist (some say Hindu) monastery.  In it are three posts, called the Towers of Hanoi (or the Towers of Bhrama).  Placed over the posts are 21 (or 64, or 100) disks of gold.  When the monastery was built, all the disks of gold were on one post, the largest at the bottom, the smallest on top.  Each day the monks move one disk from one post onto another one, following the rule that a larger disk may never be placed on top of a smaller one.  They are in the process of moving all the disks from the original post onto another one.  When they finish, the world will end.

There are no real towers in Hanoi.  Francios-Edouard-Anatole Lucas of France, wrote a 4 volume set Recreations Mathematiques from which the puzzle originated.  The fewest number of moves this puzzle can be completed in is 2^n - 1 moves to finish the puzzle for n disks.

This project plays a puzzle game known as The Towers of Hanoi.  The goal is to move all the discs from the left peg to the right one, but a disc cannot be moved onto a disc that is smaller than itself.

This robot is composed of 4 printer mech's.  The first mech handles back and forth movement of the gantry.  The second mech moves left to right in order to position the end effector.  The third mech moves up and down to lift and lower the piecies onto the pegs.  The end effector clamps onto each piece to secure it for movement.