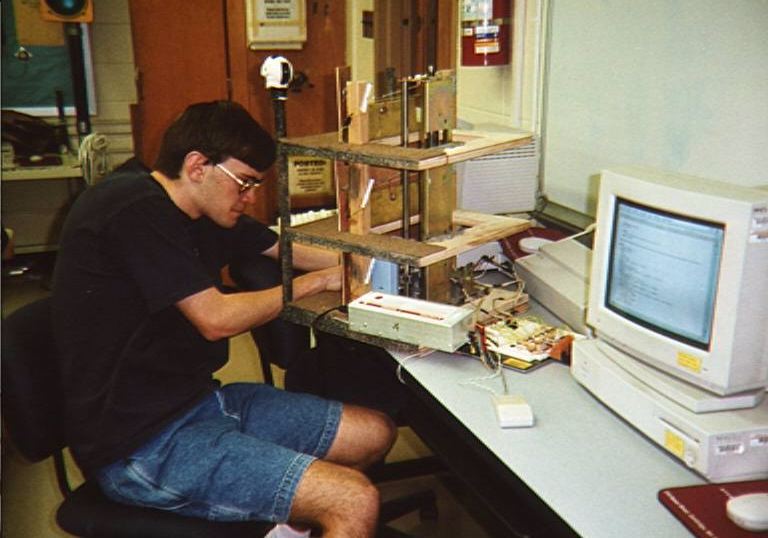 My project was the computer controlled elevator.  The main motor, which would be the shaft motor, was taken from an old printer. That was the motor that actually moved the elevator cart.  The other three motors were used to operated the floors on each of the three floors.  Since we ran out of inputs on the breadboards, the motors used a spin, delay, spin procedure instead of using contacts to tell when the doors were opened or closed.  (I also wanted to be able to use the buttons I mounted at each floor to "summon" the elevator; just like a real one!) Instead, the elevator moved by user input.   My interests have pretty much always been computer related in some way, shape, or form.
I enjoy programming computer games (we all remember that little fiasco when I was in 10th grade...) and playing them as well.  Though, ever since I learned how to program, I look at games in a different way.  Instead of saying, "Wow! That animation is pretty good!", I normaly end up thinking how it was done.  Apps had the same effect on me except that now I question all kinds of traffic lights.  I also make it a point to avoid peripheral drivers whenever possible.  Oh.. and my major is Computer Science.  Now, I'm up here at Rutgers in New Brunswick with most of the other Apps. people.