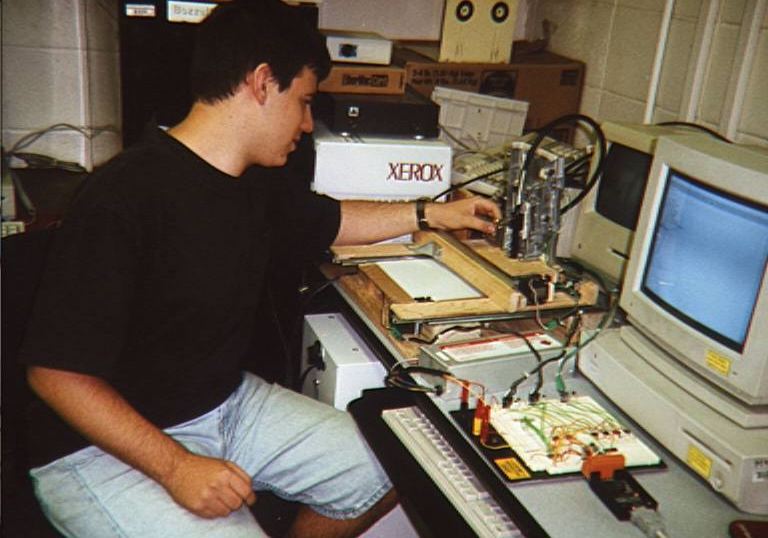 The Applications project I created was a CNC Drill.  This project would drill holes in a printed circuit board for the individual components that made up the PCB.  The PCB would be placed on a platform underneath the drill and axis of movement.  The computer would contol the X,Y position of the drill and when it is positioned the correct spot would lower it into the PCB, drilling the hole.  This project involved 3 stepper motors, 2 for the X/Y movement and a third to move the drill up and down.  The motors for the X/Y movement controlled 2 ACME screws which would move a platform with the drill on it.  The third stepper motor contolled a disk drive mechanism which moved the drill up and down.   The software consisted of a CNC code interpreter which would interpret CNC Code.  This basically included commands to move the drill like: X10 Y10  This would move the drill 10 incements in the X direction and 10 increments in the Y direction.
My interests are in computers and electronics.  When I go to college I plan on majoring in Computer Engineering or Computer Science.
Christopher Messineo
E-mail me at: cmess@voicenet.com